On this page, you can register for upcoming discussions in the series, provide suggestions for future discussions and watch past videos.

Join NACDL for our continued series examining issues at the intersection of race and the criminal legal system. We kicked off Second Chance Month (April) with Part I of the discussion on race and collateral consequences. We will continue this discussion with Part II of Race and Collateral Consequences on Tuesday, April 27, 2021 at 4:00pm ET (1:00 pm PT).

In Part I of our discussion on Race and Collateral Consequences, we heard from our featured panelists just how the collateral consequences of a conviction – the specific legal barriers, generalized discrimination, and social stigma – have become more numerous and severe. Much like the Jim Crow Laws that relegated African Americans to a permanent and multi-generational underclass, collateral consequences stemming from criminal conviction can be an individual’s most serious punishment, permanently relegating a person to second-class status. In Part II of this discussion, we will take a deep dive into how a past criminal conviction can impact an individual’s ability to participate in certain industries, e.g. the legal profession, the cannabis industry, and other business and entrepreneurship opportunities. We will explore how the use of “moral character” clauses, like those used in state bar licensing, can prevent individuals with convictions from participating in the legal profession. We will also discuss a range of restrictions to entrepreneurial ventures that people with criminal convictions face that range from limiting a person’s ability to access capital through loans to barring participation in the legal, regulated cannabis industry.

This webinar will feature Robert Patillo, Executive Director of the Rainbow PUSH Atlanta Peachtree Street Project (moderator); Kassandra Frederique, Executive Director of Drug Policy Alliance; Kevin Garrett, Fellow at the Texas Jail Project; and Tracey Syphax, Author and Entrepreneur, From the Block to the Boardroom, LLC. Join us for this important discussion and hear from our speakers how over policing and over incarcerating communities of color, and using prior convictions to effectively restrict access to these professional opportunities serves to prevent the accumulation of wealth and power, thus continuing to marginalize these communities.

Read more of the Race Issue      Explore The Champion

Cynthia W. Roseberry is the Deputy Director for Policy, Justice Division at the American Civil Liberties Union. At the national ACLU, Ms. Roseberry works to reform the criminal justice system. Focusing on issues like policing, bail reform, clemency, the death penalty, and other criminal justice related matters her work supports ACLU affiliates across the nation.

During the Obama administration, she served as Executive Director of the historic Clemency Project 2014. Often referred to as the nation’s largest law firm of nearly 4,000 lawyers, it provided pro bono support to obtain release for nearly 2000 people.

Ms. Roseberry was cited in the Merriam Webster Dictionary when the word decarceration was entered. (Decarceration | Definition of Decarceration by Merriam-Webster (merriam-webster.com))

Previously, Ms. Roseberry was the executive director of the Federal Defenders of the Middle District of Georgia, Inc. She has taught advanced criminal procedure and co-taught in the death penalty clinic at DePaul University College of Law in Chicago, where she also founded the misdemeanor clinic. For more than 10 years prior to teaching, she practiced federal and state criminal defense in Georgia.

A founding board member of the Georgia Innocence Project, she was the first African- American female president of the Georgia Association of Criminal Defense Lawyers. She received the 2016 COS Humanitarian Award, the 2017 annual service award from the Alpha Alpha Chapter of Phi Beta Sigma Fraternity, Incorporated and the 2017 Champion of Justice Award from the National Association of Criminal Defense Lawyers.
Ms. Roseberry earned her Bachelor of Science from Wilberforce University in Ohio. She earned her Juris Doctor from Georgia State University College of Law.

A national and international speaker, Ms. Roseberry has presented in nearly every U.S. state in Europe and the former Soviet Union and to a delegation of judges from China. Her TEDx talk, My Father, My Hero, delivered from inside a prison, has been critically acclaimed. See her TEDx talk at http://bit.ly/myfather-myhero. 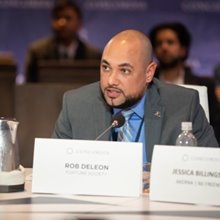 Rob DeLeon is a non-profit executive and advocate for criminal justice reform with over 16 years of experience. He is the Vice President of Programs at The Fortune Society, an organization which provides individuals involved in the criminal justice system with wrap-around clinical and social services to support community reintegration.

Mr. DeLeon, is formerly incarcerated, he spent 10 years in prison beginning at age 17 at which time he was charged, and ultimately convicted as an adult. Since his release, Mr. DeLeon has leveraged his lived experience to become an active leader in juvenile and criminal justice reform initiatives.

As an advocate and spokesperson, Mr. DeLeon has supported and advised on many social justice issues, including prison and parole reform, fairness in policing practices, access to appropriate health care for incarcerated and formerly incarcerated individuals, and youth and community justice. He has also collaborated with community partners, service providers and government stakeholders on a number of important initiatives including the roll out of Alternatives to Detention for juveniles in the Family Court system, Ban the Box, and Raise the Age. Quintin Williams is a Program Officer at the Joyce Foundation in its Gun Violence Prevention and Justice Reform Program. He is also a Doctoral Candidate in the Department of Sociology at Loyola University Chicago. Quintin has dedicated his academic and professional career to the creation of equitable policies for people with records in Illinois and across the country. David Singleton received his J.D. from Harvard Law School in 1991, and his A.B. in Economics and Public Policy from Duke University in 1987. Upon graduation from law school, David received a Skadden Fellowship to work at the Legal Action Center for the Homeless in New York City, where he practiced for three years. He then worked as a public defender for seven years, first with the Neighborhood Defender Service of Harlem and then with the Public Defender Service for the District of Columbia. After moving to Cincinnati in the summer of 2001, David practiced at Thompson Hine before joining OJPC as its Executive Director in July 2002. David is also a Professor of Law at Northern Kentucky University’s Salmon P. Chase College of Law. 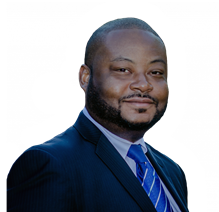 A graduate of Clark Atlanta University and Chicago-Kent College of Law, Attorney Robert Hillard Patillo, II  is a lifelong civil and human rights activist. He is entirely dedicated to serving the poor and underprivileged. As an activist, Patillo has led workers on organization campaigns to petition for better wages, worked to integrate segregated organizations, and assisted discriminated workers against celebrity Chef Paula Deen while working with Reverend Jesse Jackson and the Rainbow/PUSH Coalition.

An experienced political strategist, has Patillo worked for over a 15 year on political campaigns on the local, state and national level. Patillo is currently a talk radio host on CBS Radio/ENTERCOM Radio and is a highly sought after political commentator and national speaker. Patillo has been featured in articles in the New York Times, Huffington Post and Politico Magazine to name a few is a frequent guest on cable news networks including Fox News, CNN, News One Now, One America News Network and Russia Today.  Patillo currently is the chief attorney at The Patillo Law Group, LLC, “A Christian Centered Law Practice” focusing on civil rights law.

Kassandra Frederique is the executive director of the Drug Policy Alliance, a national nonprofit that works to end the war on drugs—which has disproportionately harmed Black, Latinx, Indigenous, immigrant, and LGBTQ communities—and build alternatives grounded in science, compassion, health, and human rights.

During her time at DPA, Frederique has built and led innovative campaigns around policing, the overdose crisis, and marijuana legalization—each with a consistent racial justice focus. Her advocacy, and all of the Drug Policy Alliance’s work, lies at the intersection of health, equity, autonomy, and justice. 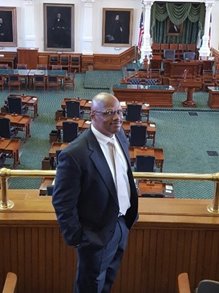 From August 1989 to May 2001, Kevin Garrett, JD served considerable time incarcerated in both county jails and in the Texas Department of Criminal Justice (TDCJ) prison system. While in TDCJ, he saw that individuals needing mental health and substance abuse services were all given a generic diagnosis and housed in general population with other offenders. The end of his stay in TDCJ would mark the beginning of his personal quest for recovery, and eventually, the study of regulations and laws of the criminal justice system in Texas.

He is the former Peer Policy Fellow at Texas Jail Project where he used his lived experience to expand TJP’s capacity as well as expanding the organization’s collaborative efforts with other stakeholders across the state. As a fellow, he worked for Texas Jail Project on issues having to do with mental health and contributing to their mission to improve conditions and the treatment of people in Texas county jails. During the 86th Texas Legislature, Kevin was an integral part of TJP, spearheading six bills to help transform the state’s jails into safer and healthier facilities. One of those, HB 1651, was signed into law in September 2019 and helps nearly 5,000 pregnant inmates annually in getting access to better prenatal care.

In the spring of 2020, he was granted a waiver by the Texas Board of Law Examiners that allowed him the opportunity to sit for the October 2020 Texas bar exam, which he passed. He is currently awaiting certification from the Texas Supreme Court to begin practicing mental health defense.

Author and Chief Executive of From The Block to The Board Room, Mr. Tracey D. Syphax is the Chief Operating Officer of Phax Group LLC., owner and manager of multiple residential properties in Mercer County, New Jersey and a Partner with Re-entry Ventures. As founder of From the Block to the Boardroom, Tracey serves as a moti-vational speaker, business consultant, author and self-publisher of his award winning Memoir “From the Block to the Boardroom” which chronicles his early years, and personal story of in-carceration, a testimony of triumph over tragedy. After exemplifying the power of overcoming tragedies, Mr. Syphax received a pardon from New Jersey’s Governor Chris Christie.

Mr. Syphax is a 22 year distinguished innovator and advocate for criminal justice reform us-ing proper re-entry tools which encourage entrepreneurship for returning citizens. Mr. Syphax was named as one of the “Twenty Five Most Influential African Americans in New Jersey” for two consecutive years by the South Jersey Journal. Presently, Tracey is a Board Member of the African American Chamber of Commerce of New Jersey. The Chamber serves as a resource for businesses to develop and access new investment opportunities. Mr. Syphax made history in 2011 as the first African American to be awarded “Entrepreneur of the Year” by the Princeton Chamber of Commerce. Tracey is a proud servant as a Co-Chairman of the Trustee Board at Union Baptist Church, located in Trenton, New Jersey. Tracey was recognized by President Obama as a White House “Champion of Change” in 2014 for his impactful work in the re-entry field and for being a consistent advocate on behalf of the formerly impacted population.

Tracey’s 2019 appointment to the Cannabis Trade Federation Diversity, Equality and Inclu-sion Task Force (CTF DEI) is recognition for his outstanding efforts in disinvested communi-ties. His mission and contributions to the CTF DEI is to advocate for the expansion of diversity of economic opportunities related to the cultivation, manufacturing and distribution of cannabis. Tracey is a voice for policies that expand ownership of non-traditional business ventures and also the development of community partnerships supporting cannabis commerce.