Below, you can find a wide range of resources that we provide on Fourth Amendment issues.

The Foundation for Criminal Justice preserves and promotes the core values of the National Association of Criminal Defense Lawyers and the American criminal justice system. 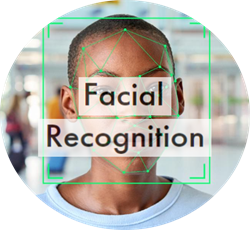 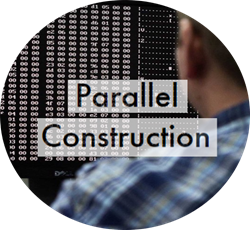 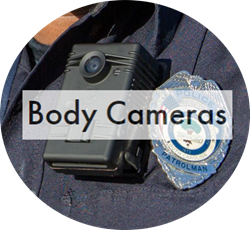 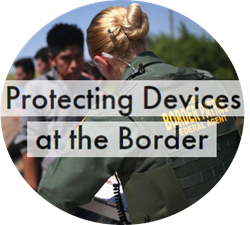 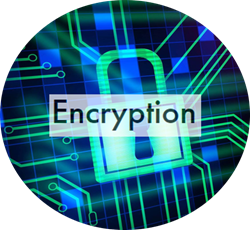 This free CLE conference, co-sponsored by NACDL's Fourth Amendment Center and the Samuelson Law, Technology & Public Policy Clinic at UC Berkeley, School of Law, will be held at Swissotel in Chicago, IL, on June 4 to 5, 2020. Our technology and legal experts will help you know the latest on how to defend cases involving advanced technologies.

NACDL has filed an amicus brief with American Civil Liberties Union of New Jersey and the Association of Criminal Defense Lawyers of New Jersey, arguing that prosecutors wishing to listen in on calls a defendant makes from jail must first get a warrant. This is in support of the State v. Jackson case (Superior Court of New Jersey; Case No. 083286), which argued that defendant Mark Jackson had a reasonable expectation of privacy in the calls he made to his mother from jail. Jackson did not forfeit all privacy rights in his telephone conversations by exposing them to jail staff for security monitoring purposes. Requiring prosecutors to secure warrants in order to access jail calls is the only adequate way to protect the constitutional and policy interests the calls implicate.

From encrypting your documents, texts and emails to using a private Internet browser, this webinar walks through a curated list of tools and tricks designed to protect your work product, your technology, your clients, and your cases. The webinar featured Matt Mitchell, a hacker, civil rights advocate, and the director of digital safety & privacy at Tactical Tech.

If a device is locked or encrypted, can law enforcement compel a suspect to unlock or decrypt it? Read NACDL's primer on this emerging issue.

Can the government force someone to decrypt a digital device? Encryption is as omnipresent as computers, tablets and smartphones, yet the Supreme Court has not ruled on the constitutional implications of compelled decryption orders. The Fourth Amendment Center has published a Compelled Decryption Primer that outlines the state of the law and offers guidance for lawyers litigating this important emerging issue. The realities of modern technology require a rethinking of old doctrines to adequately safeguard constitutional rights into the future. Using this primer, attorneys can educate themselves on the basics of compelled decryption and come equipped with arguments and cases when confronting a decryption order.

"It has been almost a decade since Apple first offered encryption on iPhones, but the legal fight over compelled decryption remains a pitched battle. A recent volley saw the Massachusetts Supreme Judicial Court double  down on the wrong side of recurring litigation over when, if ever, the government can force someone to decrypt a digital device that has been seized pursuant to a valid search warrant. As encryption winds its way into the U.S. Supreme Court’s vocabulary, defense lawyers and advocates should pay careful attention to these developments – and be prepared to confront them in court."

This two-day CLE conference discussed the government's use of technologically advanced investigative techniques in criminal cases, and the issues raised by those techniques under the Fourth Amendment and other federal law.

Advanced technologies are revolutionizing how the government investigates, charges and prosecutes criminal cases—and defense attorneys must keep pace. Even small police departments can purchase powerful surveillance technologies, and internet companies collect vast troves of data on virtually everyone. This CLE was co-sponsored by NACDL and the Berkeley Center for Law and Technology (BCLT), and held at International House, the University of California - Berkeley from November 29 to 30, 2018.

All of the videos from the conference are free and can be viewed in this playlist.

The Future of the Fourth Amendment

"The implications of the Supreme Court's decision in Carpenter v. United States are just now coming into view as lower courts begin to apply Carpenter's lessons to other forms of modern surveillance. [...] This article offers a snapshot of some current investigative techniques that may be ripe for constitutional challenges in a post-Carpenter world."

Read "Concealing Evidence: 'Parallel Construction,' Federal Investigations, and the Constitution," written by Natasha Babazadeh and published in the Fall 2018 issue of the Virginia Journal of Law and Technology.

"Federal law enforcement agencies are increasingly relying on “parallel construction" to pursue criminal cases against U.S. persons. Parallel construction is the process of building a separate — and parallel — evidentiary basis for a criminal investigation. The process is undertaken to conceal the original source of evidence, which may have been obtained unlawfully. Clandestinely used for decades, this process raises serious constitutional questions."

"The Supreme Court's recent opinion in Carpenter v. United States has set a course for rethinking Fourth Amendment rights in the digital age. It is the third bright star in the last seven years, marking a welcome and long overdue departure from the so-called 'third-party doctrine' that has limited privacy rights for the last four decades. In a 5-4 decision, the Court ruled that police must usually get a warrant to access historical 'cell site location information' (CSLI) — geographic data held by a cellphone service provider about where a device has connected to its network. It is a major win for privacy rights and it shines the way forward for future Fourth Amendment challenges: digital is different. The question becomes, different how? And how far might Carpenter extend?"

On September 18, NACDL held a free webinar about the practices, risks, and limitations of emerging facial recognition technology. With an increasing number of police departments across the country turning to unregulated, untested, and flawed facial recognition technology to identify suspects, it is vital defenders understand the technology, its limitations, and how to challenge its use in their cases. This webinar explored these issues with the Georgetown Law Center of Privacy and Technology's Clare Garvie, Bronx Defender's Kaitlin Jackson, and computer scientist Joshua Kroll. This webinar was supported by Grant No. 2013-MU-BX-K014 awarded by the Bureau of Justice Assistance.

On July 2, 2018, the Center on Privacy and Technology at Georgetown Law and the Fourth Amendment Center at the National Association of Criminal Defense Lawyers hosted a forum discussing location and cell phone privacy after the Supreme Court ruling in Carpenter v. United States.

The Supreme Court held, in a 5-4 decision, that law enforcement agencies are required to obtain a warrant when accessing historic cell site location information. Featuring the insight of privacy experts and seasoned litigators, the discussion explored both the broad implications of the landmark ruling and the practical ramifications on future litigation.

On May 23, 2018, NACDL held a free webinar about the practice of government evidence laundering, known as “parallel construction." When the U.S. government launders the origin of evidence obtained in criminal cases, it is able to obscure secret surveillance technology or potentially unconstitutional investigative methods from the accused in criminal cases. The webinar featured Brian Pori, a federal public defender from New Mexico with extensive experience leading trainings on government evidence laundering, and Sarah St. Vincent, the author of Human Rights Watch's comprehensive investigative report “Dark Side: Secret Origins of Evidence in US Criminal Cases."

Protecting Your Digital Devices at the Border

U.S. Customs and Border Protection (CBP) searches the digital devices of people at border crossings and at ports of entry without a warrant and without suspicion. NACDL members are uniquely exposed to abuse in this context: digital devices store materials and information subject to the attorney-client privilege and attorney work-product doctrine, as well as information on overseas clients and witnesses, and other extremely sensitive materials that could be covered by Rule 1.6 of the Model Rules of Professional Responsibility.

The webinar was presented by Esha Bhandari, a staff attorney with the ACLU Speech, Privacy, and Technology Project, where she focuses on litigation and advocacy relating to online speech, academic freedom, privacy rights, and the impact of big data.

This primer aims to educate attorneys about the implications of CBP's claimed powers and offer strategies that will help them comply with their ethical obligations and responsibilities to their clients when entering the U.S. Along with the primer, NACDL compiled a resource of district court cases that deal with the border search exception and digital devices, with special attention paid to the influence of Riley v. California.

On January 4, 2018, Customs and Border Protection (CBP) released a directive on the border searches of digital devices that made significant changes to the practices that NACDL detailed in “Protecting Your Digital Devices at the Border: A Criminal Defense Lawyer's Primer." The directive includes specific procedures to protect attorney-client privilege and work product doctrine, as well as a dangerous new provision that asserts travels have an "obligation" to provide CBP with their device passwords. You can learn more about the directive from Esha Bandari at the ACLU, the Deeplinks blog at the Electronic Frontier Foundation, and Edward Hasbrouck's two-part analysis of the password provision.

NACDL also published a guide on challenging evidence seized by government-installed computer malware, authored by the American Civil Liberties Union with input from NACDL and the Electronic Frontier Foundation.

The guide, “Challenging Government Hacking in Criminal Cases," examines recent court decisions on the government's use of malware in the context of Fourth Amendment protections from unreasonable searches.

This webinar walks through the recommendations and talks about how to negotiate stronger body camera policies in your jurisdiction, the technical aspects of body cameras, and strategies and tactics for defending clients in body camera jurisdictions.

This report outlines NACDL's position on the introduction and use of body cameras by law enforcement.

Defense lawyers regularly use phone calls, texts, and emails to communicate with clients, investigators, witnesses and others associated with their cases. Many of these communications are privileged, yet government surveillance programs can capture and store them. This webinar explored how this happens, and how defense lawyers can keep their communications out of government hands.

During the first part of the webinar, Jack Gillum, reporter on The Associated Press's Washington investigations team, addressed his experience with encrypting communications and why he and others in his industry have made the switch to these encrypted platforms. Neema Singh Guliani, Legislative Counsel at the American Civil Liberties Union, then laid out the different surveillance programs and technologies that may be intercepting your privileged communications.

During the second part of the webinar, Harlo Holmes, Digital Security Trainer with the Freedom of the Press Foundation, walked through some basic ways to encrypt phone calls, texts, and email communications.