Collateral damage occurs in any war, including America's "War on Crime." Ironically, our zealous efforts to keep communities safe may have actually destabilized and divided them. The vast expansion of the nation's criminal justice system over the past 40 years has produced a corresponding increase in the number of people with a criminal record. One study estimated that around 77.7 million individuals - nearly one out of every three American adults - have a criminal record. At the same time, the collateral consequences of conviction have become more severe, more public and more permanent. These consequences affect virtually every aspect of human endeavor, including employment and licensing, housing, education, public benefits, credit and loans, immigration status, parental rights, interstate travel, and even volunteer opportunities. Collateral consequences can be a defendant's most serious punishment, permanently relegating a person to second-class status. An arrest alone can lead to permanent loss of opportunity.

"The country was built on the belief that each human being has limitless potential and worth. Everybody matters. We believe that even those who have struggled with a dark past can find brighter days ahead. One way we act on that belief is by helping former prisoners who've paid for their crimes -- we help them build new lives as productive members of our society."

"Ban the Box" - Fair chance hiring policies help to remove barriers to employment by prohibiting an employer from inquiring into an applicant's criminal background until after a conditional offer of employment. The best "ban the box" policies do the following: (1) are applied statewide; (2) apply to both public and private employers; and (3) have standards limiting criminal history inquiries to recent convictions with a business nexus to the job.

Expungement/Sealing - Expungement results in deletion of any record that an arrest or ciminal conviction ever occurred. A sealed record is removed from general review; the record still exists and can be reviewed under limited circumstances.

The NACDL Foundation for Criminal Justice preserves and promotes the core values of the National Association of Criminal Defense Lawyers and the American criminal justice system.

Clemency & Pardons - Clemency is the power of a Governor to commute a prison sentence to a lesser term than was initially imposed. A pardon is a form of clemency meant to indicate forgiveness of a crime.

Recent years have seen a national, bipartisan movement towards criminal justice reform that seeks to promote successful reentry and remove the collateral consequences of conviction faced by returning citizens. Across the country, lawmakers on both sides of the aisle are supporting policies designed to improve reentry outcomes, including expanding expungement eligibility and record sealing, easing restrictions on occupational licensing, and working to reduce unnecessary barriers to the successful reentry of people returning from periods of incarceration. As the Collateral Consequences Resource Center's 2019 annual report states, the United States has seen "an extraordinarily fruitful period of law reform... one that began around 2013 and has continued to gather steam into 2020."  In 2019, 43 states, the federal government, and the District of Columbia enacted 153 laws aimed at lessening the many obstacles to voting, employment, and many other areas of daily life that formerly incarcerated individuals face. These reforms included laws that restored eligibility for voting, jury service, and public office, streamlined record-clearing laws, regulated occupational licensing, and automated record relief, among others.

See below for current legislation NACDL is tracking related to restoration of rights.

This year we've seen a host of federal legislation introduced in Congress that would provide some level of relief from the collateral consequences of a conviction. These bills include legislation that would restore federal voting rights to people with felony convictions (H.R.1 and H.R. 196/S. 1068), legislation to require the federal government and federal contractors to "ban the box" (Fair Chance Act - H.R. 1076/S. 387), and legislation to restore Pell Grant elibility for incarcerated individuals (REAL Act - H.R. 2168/S. 1074). There's movement with the Fair Chance Act, as it passed the House as part of a larger package related to military defense (the National Defense Authorization Act). And the REAL Act has received bipartisan support inlcuding from the nation's largest association of prosecutors, the National District Attorney's Association (NDAA).

NACDL is proud to have several projects aimed at examining the collateral consequences of these convictions. The goal is to provide policy recommendations and laud existing best practices that jurisdictions can engage in to effectively decrease the economic, political, and social stigmas associated with a criminal conviction.

Free to Drive Coalition - Convened by the Fines & Fees Justice Center and Civil Rights Corps, the Free to Drive Coalition (of which NACDL is a member) is committed to the principle that restrictions on driving privileges - including suspensions, revocations, or renewals of driver's licenses or registration - should never be used to coerce debt payment or punish people who don't appear in court.

Justice for Work Coalition - Convened by the R Street Institute, Justice for Work (of which NACDL is a member) is a coalition of organizations spanning the political spectrum with a mission to lower the barriers that unfairly restrict economic participation for those caught up in the justice system.

The Restoration of Rights Project (RRP) is a free online resource that includes summaries and analyses of state and federal law relating to restoration of rights and status following arrest or conviction.  Maintained and regularly updated by the Collateral Consequences Resource Center (CCRC), the RRP covers four primary topics: civil and firearms rights; pardons; expungement and other record relief; and employment and licensing.  A national page summarizes each jurisdiction’s laws, state-by-state profiles provide in-depth information, and 50-state comparison pages include charts and state-by-state summaries.  CCRC’s work on the RRP and its derivative projects is supported by a grant from Arnold Ventures.

On Thursday May 29, 2014, NACDL launched Collateral Damage America's Failure to Forgive or Forget in the War on Crime - A Roadmap to Restore Rights and Status After Arrest or Conviction. 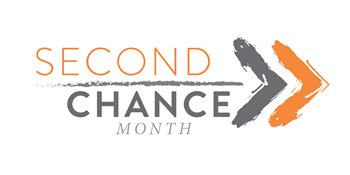 Do you know that April is recognized as Second Chance Month?

Second Chance Month is a nationwide effort to raise awareness of the obstacles faced by over 70 million Americans with a criminal record and unlock opportunities for them to succeed. Since its inception in 2017, NACDL has been activitely involved in hosting activities and providing opportunities for its members to become engaged.