The election of these officers comes on the heels of the adoption of a new strategic plan designed to enhance the capacity, reach, and effectiveness of both NACDL and the NFCJ.

“The NACDL Foundation for Criminal Justice has embraced a bold plan to continue to be at the forefront of criminal justice reform,” said NFCJ President Lisa Monet Wayne. “NACDL and NFCJ spent nearly all of 2017 working on a new strategic plan to identify and reform flaws and inequities in the criminal justice system, facing the scourge of systemic racism head on and starting the process of addressing the causes rather than the symptoms, and ensuring that the nation's criminal defense bar is fully equipped to serve accused persons at the highest level and to safeguard the fundamental constitutional principles essential to democracy. I could not be more excited for the future nor more grateful for the leadership of outgoing NFCJ President Gerald B. Lefcourt, who played a critical role in bringing the NFCJ and NACDL to this place.”

“The best work in criminal justice reform is happening today due to the NACDL Foundation for Criminal Justice,” said NFCJ Vice President Theodore “Ted” Simon. “It provides the necessary critical support for criminal defense lawyers in their practice and is the champion of fundamental criminal justice reforms. Whether assuring the government needs a warrant to search a cell phone, advocating for Brady reform, or training and ensuring that everyone has an effective lawyer, the NFCJ is the most important charity I can think of to fix the broken criminal justice system.”

“The incoming slate of leaders at the NACDL Foundation for Criminal Justice is superb and promises to take the organization and its mission to ever-greater heights,” said NACDL President Drew Findling. “I look forward to working with the new officers toward realizing the shared goals of the NFCJ and NACDL. Millions of people across the country are depending upon the effectiveness of both organizations to bring about desperately-needed reforms to the American criminal justice system.”

“Now, perhaps more than any time in our nation’s history, there is increasing awareness that the fundamental rights secured by the Constitution are not a given,” said NACDL Executive Director Norman L. Reimer, noting that “the NFCJ, led by this magnificent cadre of officers, is perfectly positioned to ensure the criminal defense community will always be Liberty’s Last Champions.”

The NFCJ preserves and promotes the core values of the National Association of Criminal Defense Lawyers and the American criminal justice system. Ongoing and recent projects supported by the NFCJ include unprecedented studies of the federal public defense system, barriers to disclosure of exculpatory information, and obstacles to restoration of rights and status after conviction; efforts to identify concrete and easily-achieved solutions to racial disparities in the criminal justice system; free training programs for lawyers on a variety of topics including representing juveniles accused of wrongdoing and individuals facing immigration-related collateral consequences of conviction; support for various clemency efforts including Clemency Project 2014 and the NACDL/FAMM State Clemency Project; efforts to improve public defense in federal and state courts; and support for NACDL’s Fourth Amendment Center, among numerous other endeavors.

Below are short profiles of the NFCJ’s new officers, with links to additional biographical information.

Lisa Monet Wayne is a past president of NACDL and has served on the Board of Trustees of the NFCJ. Wayne served as Chair of the 2015 Foundation Gala in Denver, Colorado and the 2017 Gala in San Francisco. In 2005, Wayne was honored with the Robert J. Heeney Memorial Award, NACDL’s most prestigious recognition. Wayne is an attorney in private practice in both state and federal courts around the country. She handles serious felonies and complex civil litigation including numerous high-profile cases. Previously, Wayne was a Colorado State Public Defender for 13 years where she served as office head, training director, and senior trial attorney. She lectures nationally with NACDL, NCDC, NITA, ABA, and various other state bar, judicial, and public defender organizations. Wayne is currently an adjunct law professor at the University of Colorado where she teaches trial advocacy. Additionally, she serves on the faculty at the Trial Practice Institute at Harvard Law School, The National Criminal Defense College, and Cardozo Law School. Wayne also serves as a legal analyst for various media outlets including ABC, CNN, and Fox News, and continues to be an advocate in all venues of the media addressing important issues confronting the criminally accused.

Theodore “Ted” Simon is a past president of NACDL and has served on the Board of Trustees of the NFCJ. Simon served as Chair of the 2014 Foundation Gala in Philadelphia, the 2016 Gala in Washington, DC, and the 2018 Gala in New York City celebrating NACDL at 60. Among Simon’s numerous other leadership roles at NACDL are his tenure as Co-Chair of NACDL’s International Affairs Committee, his service on the NACDL Budget Committee, his authorship of the “Tips and Tactics” column for The Champion, and his instrumental roles on a broad range of NACDL task forces over the years. He is an attorney in private practice in Philadelphia, PA, where he has based a local, national, and international practice for more than 40 years representing a board range of clients including many very high-profile cases. He has obtained reversals in the U.S. Supreme Court and in the Pennsylvania Supreme Court. Simon is also the president of Philadelphia’s Jenkins Law Library, America’s first law library. A frequent speaker at legal seminars across the nation on a wide variety of pre-trial, trial, sentencing, and post-trial criminal law issues, Simon has made numerous appearances on The Today Show, Good Morning America, Early Show, CNN, ABC’s 20/20, Primetime, NBC’s Dateline, Larry King Live, Court TV, Geraldo Live, Crossfire, The Abrams Report, and The Oprah Winfrey Show (as well as all of the major networks and cable outlets).

Nina J. Ginsberg is the president-elect of NACDL and has served on the Board of Trustees of the NFCJ, including as its treasurer. She has been an active member of NACDL for decades, including serving three terms on the Board of Directors. She is also currently the co-chair of NACDL’s Sex Offender Policy Committee and the Chair of NACDL’s Task Force on Defenses. Ginsberg has taught as an adjunct faculty member at the George Washington University and George Mason University Schools of Law. Ginsberg is a founding partner at DiMuroGinsberg, P.C. in Alexandria, Virginia, and has practiced criminal law for more than 35 years. She has represented individuals and corporations in a wide range of matters, with a focus on national security law, white collar investigations and prosecution, financial and securities fraud, computer crime, copyright fraud, and professional ethics. Ginsberg also served as learned civilian counsel for one of the September 11 high-value detainees at Guantanamo Bay during the early Military Commissions proceedings as part of the NACDL/ACLU John Adams Project.

Cynthia Eva Hujar Orr is a past president of NACDL and has served on the Board of Trustees of the NFCJ, including as its secretary. In 2014, Orr was honored with the Robert J. Heeney Memorial Award, NACDL’s most prestigious recognition. As a criminal defense attorney at Goldstein, Goldstein, Hilley & Orr in San Antonio, Texas, Orr has actively advocated for criminal justice reforms. She obtained the first confession of error by the State of Texas for a death penalty case in Miguel Angel Martinez v. Gary Johnson. In 2011, she was also instrumental in gaining the release of an innocent man, Michael Morton, who was convicted in 1987 for the murder of his wife. Orr has maintained a reputation for staunch defense in complex matters of criminal law. She has given lectures across the country on topics related to asset forfeiture, The Patriot Act, and search and seizure. 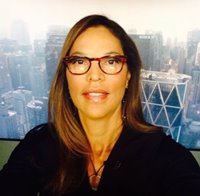 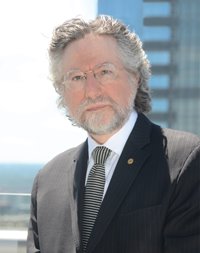 To learn more and to support the work of the NFCJ, please visit www.nacdl.org/foundation.