Los Angeles is home to the nation’s first and largest public defender office. The Los Angeles County Board of Supervisors oversees the office, including the selection of its chief. In January 2018, a year after the retirement of Public Defender Ron Brown, the Board named Nicole Tinkham Interim Public Defender. Prior to assuming the helm of the 1,100-employee agency, Ms. Tinkham had never once stood beside a poor person accused of a crime. She had never once represented a youth in a delinquency hearing, or someone with mental illness facing an involuntary commitment. Instead, Ms. Tinkham’s defense work involved defending the county’s law enforcement officers accused of civil rights violations. The concerns of Ms. Tinkham’s lack of public defense experience and her history of advocacy on behalf of law enforcement officers raised major concerns for many of the public defense office employees, sparking protests, demonstrations, and petitions.

In selecting this interim leader for the office, the Los Angeles Board of Supervisors made clear it wished to hire someone who filled its priorities for the job--“operational effectiveness” and “fiscal responsibility.” The choice of the Board’s areas of focus along with their stated desire to install an individual who would fulfill their priorities, rather than those of the client’s the public defender is entrusted to represent, raised significant concerns for NACDL. For the Association the question was not with whether Ms. Tinkham would do a good job, or what the Los Angeles County Public Defender’s Office needed, but with the more fundamental issue: What qualities made for a good public defense system leader and what are the attributes of a good process for selecting such a leader?

With those concerns in mind, on February 18, 2018, NACDL’s Board of Directors, through the leadership of its Public Defense Committee, adopted its Resolution Concerning Public Defender Selection. Focusing on the need for systemic and leadership independence, a public defender leader’s commitment to and experience with public defense systems and client advocacy, and community diversity in those who are involved in the selection, retention, and removal of public defense leaders, the Resolution laid out the importance of a strong, committed, and independent public defense system which places clients and their needs at the center of all decision-making.

Four days after releasing the Resolution, NACDL, sent a letter to the Los Angeles County Board of Supervisors, detailing the need for selecting quality, experienced, and independent public defense leadership. That summer, following the lead of Los Angeles’ line public defenders, and the concerns expressed by NACDL, the ACLU of Southern California, the California Public Defender’s Association and numerous other community organizations, the Board of Supervisors appointed Ricardo Garcia to be the new Los Angeles County Public Defender. Mr. Garcia has more than 20 years of public defense expertise, including both direct representation of individual clients and making systemic challenges.

Learn about Interrogation Policies in this State 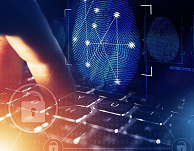