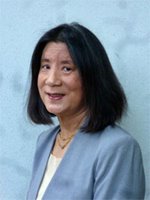 Washington, DC (July 28, 2012) – The National Association of Criminal Defense Lawyers (NACDL) is pleased to announce that San Francisco criminal defense lawyer Vicki Young was chosen as this year’s Robert C. Heeney Award recipient.  NACDL’s most prestigious recognition, the Heeney Award is given annually to the member who best exemplifies the goals and values of the Association and the legal profession.

Ms. Young received the award last night at the “Gideon at 50” gala at the Palace Hotel in San Francisco.  The fundraising event commemorated the 50th Anniversary of Gideon v. Wainwright, the U.S. Supreme Court case establishing the right to counsel. The celebration was hosted by the Foundation for Criminal Justice, and proceeds from the event will be used to  support NACDL’s right to counsel projects.

NACDL President Lisa M. Wayne said she “could not imagine a more deserving and unsung hero than my friend and colleague Vicki Young.”

“NACDL is an organization of dedicated criminal defense lawyers from around the world volunteering their time pro bono to advance ongoing issues in the criminal justice system,” she continued. “Vicki exemplifies extraordinary commitment to NACDL’s goals and mission. Her active involvement with our Diversity Task Force in its early years, a member and chair of the Nominating Committee, a member of the Problem Solving Courts Task Force, and chairing the Restoration of Rights task force are just a few examples of the unfailing dedication Vicki has contributed in making this organization the best criminal defense bar in the country.”

Ms. Young was surprised and touched when she learned she had been selected for this year’s award. “I am deeply honored to be chosen as the 2012 recipient of NACDL’s Heeney award because it recognizes members who personify ‘Liberty’s Last Champion,’” she said. “As a lifelong public defender and court-appointed counsel in both state and federal courts, I work daily to ensure that the least among us receive the rights promised to everyone by the Constitution.”

She has tried more than 60 felony jury trials, both in state court and in federal court and tried the first capital-eligible murder case filed in the San Jose division of the Northern District of California. After meeting with Ms. Young in Washington, D.C., the Attorney General declined to proceed with capital murder charges, and her client did not face the death penalty at trial. Her cases have spanned the entire gamut of criminal law, from drunken driving, white- collar fraud, intellectual property crimes, to murder.  She has also argued appeals in the California appellate courts as well as before the 9th Circuit U.S. Court of Appeals.

To find out more about the July 27 event, including purchasing tickets or sponsorships, please visit www.nacdl.org/gideon or email mbrink@nacdl.org.