As domestic drones become an issue of increasing concern – the FAA predicts that 30,000 drones will be deployed within 20 years – we hope that you find this material useful. Please contact us at drones@nacdl.org if you are aware of important drone information that we have not yet added. This project is supported by the Foundation for Criminal Justice and the Open Society Foundation. 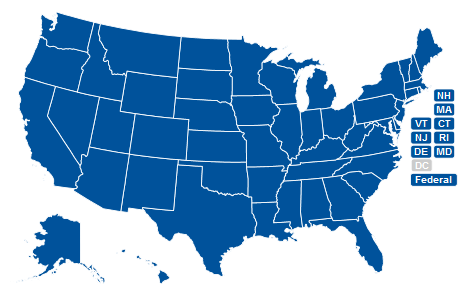 Draft Legislation: NACDL's draft legislation to protect individual privacy against unwarranted governmental intrusion through the use of drones is available here.

News: To find recent stories about Domestic Drones, visit News of Interest and select "Domestic Drone Information Center" from the filter options on the left column.

The Foundation for Criminal Justice preserves and promotes the core values of the National Association of Criminal Defense Lawyers and the American criminal justice system.

The Domestic Drone Revolution: Risks and Rewards in Perspective

Drone Regulation: For the Birds? Seeking a Better Approach to U.S. Drone Policy

Subcommittee on Aviation Hearing on 'The FAA Modernization and Reform Act of 2012: Two Years Later'

Event Description: The Subcommittee on Aviation will meet on Wednesday, February 5, 2014, at 10:00 a.m. in 2167 Rayburn House Office Building to receive testimony from the Federal Aviation Administration (FAA), Department of Transportation Office of Inspector General (DOT IG ), and Government Accountability Office (GAO) . The Subcommittee will hear from the witnesses regarding the progress the FAA has made in implementing provisions in the FAA Modernization and Reform Act of 2012 (Reform Act ) 1 in the last two years.

U.S. Senate Committee on Commerce, Science, and Transportation Hearing: The Future of Unmanned Aviation in the U.S. Economy: Safety and Privacy Considerations

Event Description: The U.S. Senate Committee on Commerce, Science, and Transportation will hold a hearing on Wednesday, January 15, 2014, at 2:30 p.m. to examine the growth of unmanned aerial systems (UAS), commonly referred to as “drones”, in the United States, including the potential economic benefits of drone operations, and the progress of steps taken to facilitate the development of the industry through the FAA Modernization and Reform Act of 2012 (P.L. 112-95). The hearing will include consideration of safety and privacy issues surrounding the operation of drones in the United States.