Read the report: Without Intent: How Congress is Eroding the Criminal Intent Requirement in Federal Law.

Upon our initial review of the bill, prior to its passage, we identified over two dozen new and troubling federal criminal offenses that would further explode the federal criminal code. This bill was never referred to either chamber’s Judiciary Committee before its enactment and, thus, none of these criminal offenses were considered by a full Judiciary Committee. Further, this bill will allow un-elected officials to enact new, broad regulations for the financial sector, many of which will be directly tied to criminal enforcement provisions and thus will be criminally punishable. In addition, and perhaps most troubling, the overwhelming majority of the criminal offenses contained in the bill lack adequate mens rea, or criminal intent, requirements and, consequently, will fail to protect innocent or inadvertent actors from being criminally prosecuted or punished. 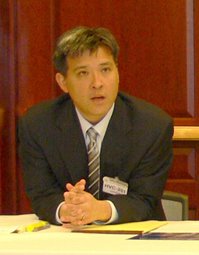 The below document, titled "NACDL on H.R. 4173 - Recommendations," was issued prior to the Act's enactment. The recommendations sought to improve the quality of some of the criminal offenses included in bill and to make the overall bill more consistent with the fundamental principles of the American criminal justice system. Because some provisions were beyond salvage, the recommendation was to strike them in full. In many instances, however, the particular provision could have been improved by adding more protective mens rea requirements, limiting the scope of conduct covered by the offense, or both. Finally, where an offense allowed for the unlimited creation of additional offenses through the authorization of regulatory criminalization, the recommendation was to limit the punishment for violations to a civil penalty.

A Windfall for Overcriminalization, A Case for Reform (one pager on Dodd-Frank Wall Street Reform & Consumer Protection Act [HR 4173.EAS])

HR 4173.EAS (Version of bill that served as the base-text for the Conference Committee)