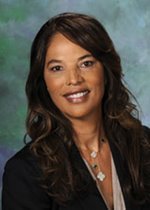 Lisa Wayne is an attorney in private practice in Denver and Boulder, Colo. She has her own law practice and is Of Counsel at Gerash & Steiner, P.C. Wayne practices at both the federal and state levels around the country and defends criminal matters from the investigatory phase through the criminal process. This includes white collar, violent crimes and a wide range of serious criminal allegations against both individuals and corporations. Previously, Wayne was a Colorado State Public Defender for 13 years where she served as office head, training director, and senior trial attorney. She lectures nationally with NACDL, National Criminal Defense College, National Institute of Trial Advocacy, American Bar Association, and other legal organizations.

Wayne is currently an adjunct law professor at the University of Colorado where she teaches trial advocacy, and she serves on faculty at the Trial Practice Institute at Harvard Law School, The National Criminal Defense College, and Cardozo Law School. She is a member of the Colorado Supreme Court Standing Committee on the Colorado Rules of Professional Conduct and is a legal analyst regarding high profile cases around the country. In 2005, Wayne was honored with the Robert J. Heeney Award, NACDL’s most prestigious recognition.

Among Wayne’s goals for her year as president are pretrial detention and discovery reforms. “One of the greatest injustices in America’s criminal justice system is the injustice that rears its head within hours of an arrest,” Wayne said. “The American system of pretrial justice is a national embarrassment. The money-based bail system imprisons hundreds of thousands of presumptively innocent people every year. Many are held on minor charges and will spend more time in jail before their case is adjudicated than they will even if they are found guilty.”

“The system systematically coerces guilty pleas, even from the innocent, and studies prove that racial disparity is prevalent,” Wayne explained.

In federal and state courts, evidence favorable to the accused is routinely withheld by prosecutors in violation of defendants’ due process rights. Wayne said that discovery reform will be a prime objective for NACDL in the coming year. “It’s time to take the gamesmanship out of the criminal justice system,” she said.

Wayne also spoke about her swearing-in from a personal perspective. “Who can say what really ignites the spark that propels a person on a particular career path? All I know is that I came out of childhood with a gritty determination to be a criminal defense lawyer. I was infused with that insatiable desire to stand with the accused, to stand down injustice and to stand up for the dignity of every person.” Wayne is the first African American woman to serve as President of NACDL.

The National Association of Criminal Defense Lawyers is the preeminent organization advancing the mission of the criminal defense bar to ensure justice and due process for persons accused of crime or wrongdoing. A professional bar association founded in 1958, NACDL's many thousands of direct members in 28 countries – and 90 state, provincial and local affiliate organizations totaling up to 40,000 attorneys – include private criminal defense lawyers, public defenders, military defense counsel, law professors and judges committed to preserving fairness and promoting a rational and humane criminal legal system.