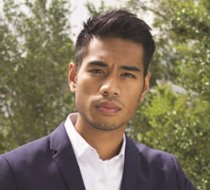 Andrew Reath, a 2018 Summer Fellow, represents the exceptionally talented individuals that both participated in the program and use it to start their careers in criminal defense. Andrew spent his fellowship with the San Francisco Public Defender’s Office (SFPDO) in San Francisco, California. At the SFPDO, he worked on several felony cases under the supervision of deputy public defender and senior trial attorney, Phoenix Streets. Andrew gained wide-ranging and substantive legal experience, drafting pretrial motions, writing research memos, conducting jail interviews, and assisting in trial preparation. Before this fellowship, Andrew interned with the Florida Capital Resource Center and Community Legal Services of Mid-Florida. Andrew is passionate about criminal justice reform and is interested in a legal career committed to speaking truth to power. Originally from Miramar, Florida, Andrew received his undergraduate degree from the University of Florida, with a triple major in Philosophy, Linguistics, and English. He graduated from the University of Florida Levin College of Law in May 2019. Since his time at the SFPDO, Andrew continued to excel in law school, serving on the executive board of the Asian Pacific American Law Student Association and clerking for the Hon. Anthony M. Tatti, Circuit Judge for the Fifth Judicial Circuit of Florida. 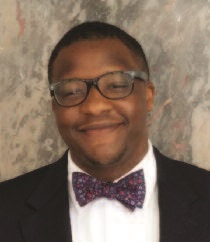 Chris Conner, a 2016 Summer Fellow, spent his summer with the Neighborhood Defender Service of Harlem (NDS) in New York City. In addition to shadowing one of the service’s litigation attorneys, he spoke on the record during arraignments, composed letters to district attorneys regarding sentencing policy, and had significant interaction with clients. While he had a wealth of experience before starting this fellowship, he sought out the fellowship to simultaneously observe the daily routine of public defenders in court while learning about advocacy strategies for criminal justice policy reform. Originally from Powell, TN, Chris received his undergraduate degree from Tennessee State University, with a major in agriculture business. He also received an MBA from Tennessee State University, concentrating in supply chain management. He graduated from the University of Tennessee College of Law in May 2018. Since his time at NDS, he continued to excel in law school by writing on to Transactions: The Tennessee Journal of Business Law, serving on the Dean of the Law Schools Student Advisory Board, and being elected President of the Black Law Students Association. Chris went on to clerk for the Hon. Pamela Reeves, United States District Judge of the United States District Court for the Eastern District of Tennessee in the summer of 2017. 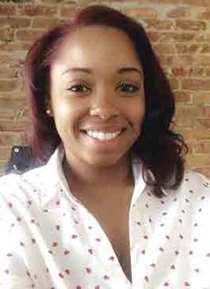 Whitney Williams, a 2015 Summer Fellow, spent her summer with the Neighborhood Defender Service of Harlem (NDS) in New York City. Whitney has a strong passion for community leadership and giving a voice to the voiceless. While she had a wealth of experience in her law school’s criminal defense clinic, a private criminal defense and civil rights firm, and the Columbia, Mo., housing authority. Whitney came to NACDL to simultaneously observe the daily routine of public defenders in court while learning about advocacy strategies for criminal justice policy reform. Originally from St. Louis, Whitney received her undergraduate degree from the University of Missouri with a major in Political Science and Sociology, and a minor in Social Justice. She graduated from IIT Chicago-Kent College of Law in the spring of 2016, with certificates in both Public Interest Law and Criminal Defense Litigation. As a result of her NACDL Diversity Task Force Fellowship, Whitney secured a highly coveted and extremely competitive position as an NDS Fellow in the 2016 class and began her career as a public defender at NDS in September 2016. She credits her post-graduation two-year fellowship position with NDS to NACDL and the NFCJ and the invaluable experience the fellowship provided in the summer of 2015.

Omar Saleem, Jr., a 2014 Summer Fellow, spent his summer with the Neighborhood Defender Service of Harlem (NDS), and NDS subsequently hired him as a member of its attorney staff. Omar’s interest in the program stemmed from his desire to travel beyond his native Florida and learn about a different state’s legal system. Omar graduated from the Emory University School of Law in the spring of 2014. While a student, he served as the vice president of social affairs for the Graduate Student Association and vice president of academic affairs for the Emory University School of Law SBA. He interned with the Fulton County Public Defender’s Office, the DeKalb County Office of the Public Defender, and the U.S. Equal Employment Opportunity Commission. He also served as a mediator for the Fulton County Landlord Tenant Mediation Program. Omar completed his bachelor’s degree in English at the University of Florida.