On August 23-25, 2018, NACDL convened the second Presidential Summit and 17th Annual State Criminal Justice Network Conference in Atlanta, Georgia. Shattering the Shackles of Collateral Consequences: Exploring Moral Principles and Economic Innovations to Restore Rights and Opportunity was truly a groundbreaking event. Over the course of three days, NACDL brought together leaders of numerous communities — including business, law, academia, foundations, and clergy — to discuss the challenges faced by those who have become enmeshed in the criminal justice system and to explore the enormous potential to generate new opportunities. It is impossible to capture the full scope of this extraordinary gathering, but one signature aspect was the pervasive involvement of individuals who have emerged from the criminal justice system. Individuals with criminal records who have previously been incarcerated, both rightly and wrongly, participated in most panels and constituted a significant segment of the audience. The conference tackled many of the most painful criminal justice issues confronting the nation, including racial, ethnic, and economic disparity, disenfranchisement, and irrational social ostracism.

In the coming weeks, NACDL will publish a complete report of the Shattering Shackles conference, which hopefully will magnify the impact of the program. But one very special manifestation of its impact is immediate, far reaching, and should be a source of great pride for NACDL’s members and supporters.

The audience included 13 students from Spelman College, a historically black college and a global leader in the education of women of African descent. Spelman seeks to empower the whole person to engage the many cultures of the world and inspires a commitment to positive social change.

Adjunct Professor Jackie Barrett Washington brought students from her Introduction to Criminology class to Shattering Shackles, and thereafter she wrote to NACDL President Drew Findling to tell him how moving the experience was for her students. Professor Washington noted that one student interviewed with a panelist for a summer internship. That student came away from the experience determined to pursue a career in criminal defense.

Another student, Niya Ray, took the time to write about the impact the program had on her. She is a sophomore majoring in political science. Having attended the conference, Niya is determined to pursue a career in the law. As NACDL expands its mission to address fundamental inequities in the criminal justice system, such as the intractable problems of racial, ethnic and economic disparity, there is no greater measure of success than to inspire a new generation to join the battle. It is a great pleasure to share this note from Niya Ray, a sophomore at Spelman College today, and a future lawyer and leader of tomorrow. 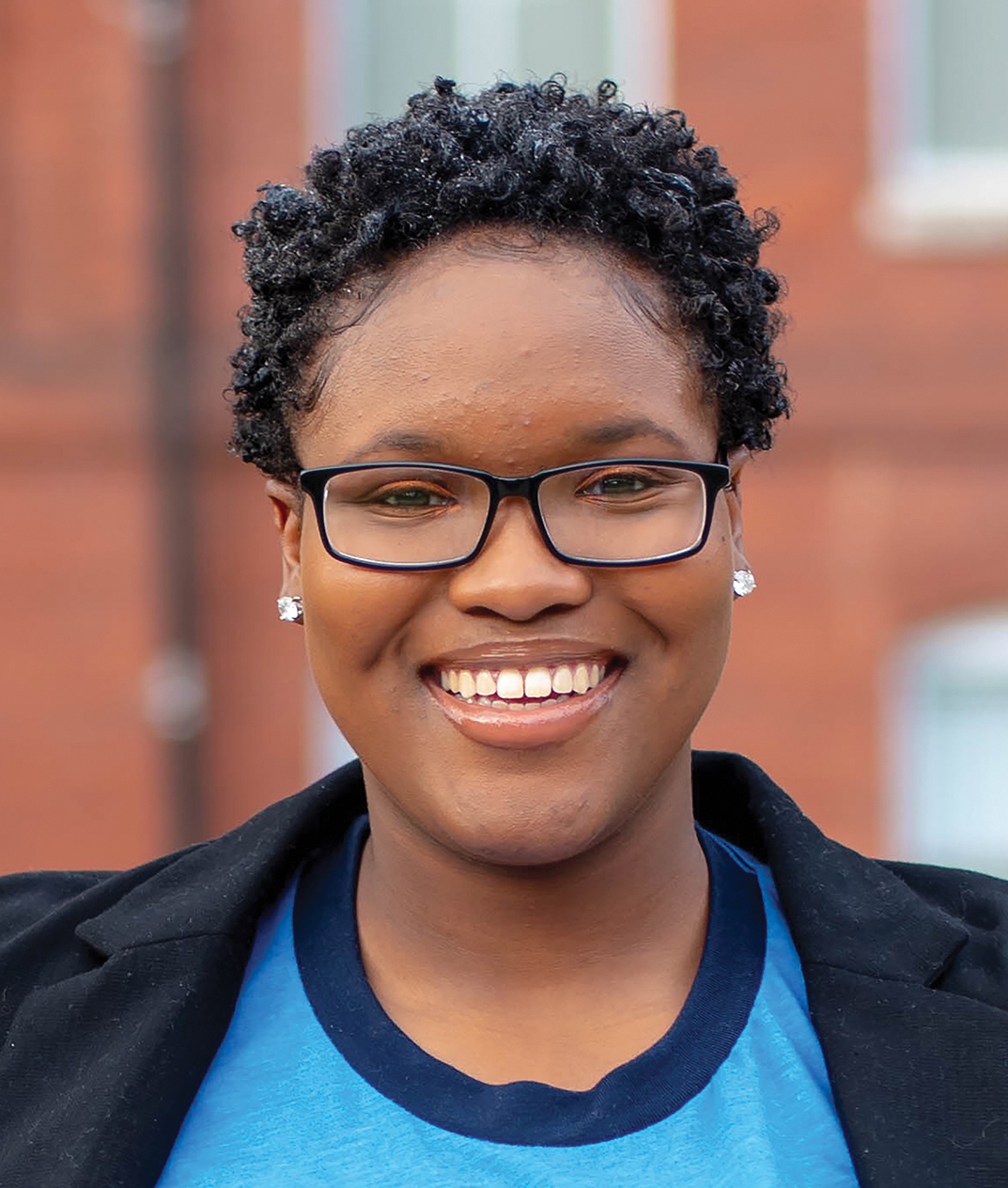 On August 23, 2018, I was fortunate to be extended an opportunity to attend the Shattering Shackles conference held by NACDL. The goal of this conference was to tackle and investigate the topic of transformative justice. Specifically, the conference looked at “exploring the moral principles and economic innovations to restore rights and opportunity.” For me, that means more than simply not wanting people, especially black and brown men, to go to jail, but also it means finding ways to lower the rate of recidivism. Due to long periods of probation or parole that leave no room for mistakes, the high chance of unemployment and the likelihood of not having a home make it common for formerly incarcerated people to end up back in prison. It was gratifying that the conference focused on solutions to these problems.

The first panel that we observed was titled The Road to Re-Entry: Navigating Systems Players and Building Coalitions, and I took away many things. One thing I learned was that in order to tackle this issue we must become allies with people unlike us. We learned that this approach was successful in Maryland where two lawmakers, who on paper couldn’t be any further apart, agreed on one criminal justice issue and pushed forward together to support reform.

“We don’t have to let our past handcuff us” is another lesson I learned. As black people, because of our history in this country, we have been severely disadvantaged in all aspects. Thus, it is hard to hear someone say, “Get over your hurt.” In some respects, however, it is necessary not to let our history “handcuff” us so that we can move forward and take action to create a better future for ourselves.

My favorite part of the conference was seeing an honor bestowed upon Gov. Nathan Deal. He received the Champion of Justice Restoration of Rights Award for his support of criminal justice reform. This was extremely shocking to me because I have always been under the impression that the South was one of the most dangerous places for a black person to be, which is still the case. But I was happy to learn that there were strides being made to change those circumstances in the prison reform arena. I was pleased to hear that Gov. Deal not only has achieved “banning the box” on job applications so that formerly incarcerated people are not immediately eliminated from consideration for job opportunities, but also has helped inmates receive degrees while in jail because he realized that education is the common need of people behind bars. Gov. Deal is also trying to ensure that people have a home when they are released from prison. He proposes that a block of public housing be allocated solely for offenders returning home.

The Shattering Shackles conference was extremely rewarding for me. The world of criminal defense is a completely different space where much responsibility is required. It was refreshing to see a room full of people, of all races, who wanted to be better at their jobs and were passionate about revamping the system and changing the norms that clearly aren’t working. But it was also exciting to hear remarks by former victims of the system. Rather than allowing their experience to stifle them, they have become key players in the fight as organizers, reformers, lawyers, and entrepreneurs. All these people serve as an inspiration for others who have had similar experiences and for people who want to devote their careers to promoting reform.

Norman L. Reimer is NACDL’s Executive Director and Publisher of The Champion.