On June 18, 2018, U.S. District Court Judge Royce Lamberth vacated the criminal contempt conviction against Marine Brig. Gen. John Baker, the Chief Defense Counsel for the Military Commissions Defense Organization (MCDO). In a 27-page opinion, the court found that Military Judge Spath’s summary conviction of Gen. Baker was “unlawful because only a military commission acting through its regularly constituted members is authorized to convict a person of any offense under Chapter 47A” and “a military judge is not a member of a military commission nor is he ‘the military commission’ within the meaning of that chapter.” 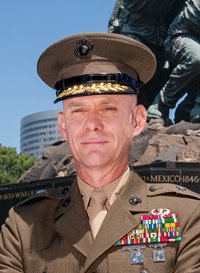 On Nov. 1, 2017, Judge Spath held Gen. Baker in contempt and sentenced him to 21 days confinement in his quarters and a $1,000 fine. Spath held Baker in contempt after Baker’s determination on Oct. 13, 2017, that there was good cause to allow the withdrawal of three civilian members of the defense team in the case of United States v. al Nashiri due to concerns that the government compromised attorney-client confidentiality. Abd al Rahim al Nashiri is the alleged mastermind of the 2000 bombing of the U.S.S. Cole. Spath held Baker in contempt for declining to rescind his decision allowing the three civilian lawyers to withdraw.

NACDL Immediate Past President Barry J. Pollack, a partner at the law firm of Robbins, Russell, Englert, Orseck, Untereiner & Sauber LLP in Washington, D.C., took on the pro bono representation of Baker at the behest of the NACDL Lawyers’ Assistance Strike Force. Pollack said that “[the] decision confirms that the contempt finding was unlawful. Brigadier General Baker should have never been found in contempt for decisions he made admirably serving his country and the rule of law.”

NACDL President Rick Jones said: “Given the repeated instances of attorney-client privilege violations at Guantanamo, having the temerity to punish defense lawyers for doing their job was indeed a new low. But Judge Spath’s finding of contempt was one a federal court has now clearly stated cannot stand. That said, the military commissions are seriously flawed. And they remain so.”

NACDL has long been concerned about attorney-client privilege at Guantanamo, as reflected, for example, in its 2012 NACDL ethics opinion available at www.nacdl.org/resourcecenter/ethics.