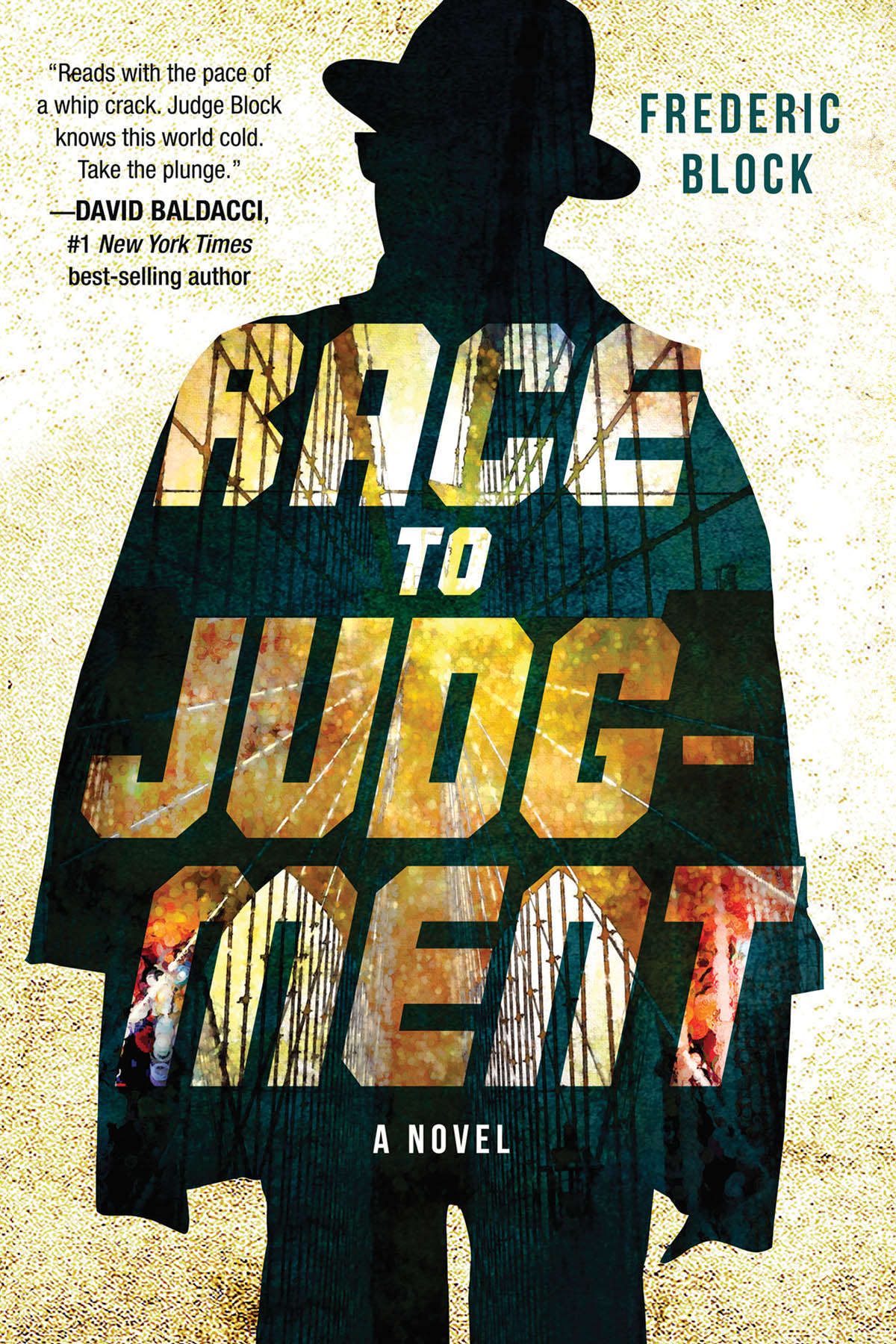 On the surface, Race to Judgement is a work of fiction: a story about the tribulations of a criminal defense lawyer and civil rights advocate named Ken Williams and his quest to dethrone a corrupt district attorney. The author, Judge Frederic Block, prefers the term “reality-fiction” (and rightfully so). Throughout the book, the underlying narrative is one based on the very real struggles that exist within the criminal justice system. It is a narrative where the characters and themes are inspired by real people and real events in history. Above all, it is a story that serves as a portrait of Brooklyn, New York, offering a revealing sense of the author’s intimate knowledge of the neighborhood where the story takes place.

What is most rewarding about Race to Judgement is the level of authenticity that can only come from someone like Judge Block, a man who has spent two decades on the bench. The novel takes a behind-the-scenes look at the criminal justice system, offering deeper perspectives of all those involved: cops, attorneys, defendants, journalists, and judges. It is evident in his writing that Block has seen it all. The reader is often left wondering whether the words on the pages are fiction or reality. In fact, many of the references within the novel are based on Block’s own case work. Which is to say, Race to Judgement is both a novel and a history lesson in trial law: from grand juries to pretrial detention to DNA evidence. All of it is interwoven to tell a story about the relationship between law enforcement and racial tensions in New York City.

The novel’s focus on real subject matter is reinforced by the real-life story of the book’s protagonist. Ken Williams is closely based on the life of Ken Thompson — Brooklyn’s first African American DA. During his tenure, Thompson was a champion for the disenfranchised and minority communities. Williams’ battle with a corrupt DA is Block’s subtle nod to Thompson’s own career, one which was spent battling against the injustices of a system with which Block is all too familiar. The story often delves back in time, revisiting real-life events. In doing so, Block illustrates that as a society we have progressed but many of the same issues remain. Whether it is the shooting death of Amadou Diallo by the NYPD or the Crown Heights riots of the early 1990s, the story is a stark reminder these injustices persist.

Above all, more so than a legal thriller or a history lesson, Block’s novel is a love letter to a neighborhood. Race to Judgement is as much of a novel as it is a tour guide of Brooklyn. From the Corinthian columns of the Criminal Courts Buildings to the round tables of “The Queen” Italian restaurant to the smooth ambience of “Arturo’s” jazz club, Block takes us on a tour of the real New York City: a landscape of local hangouts juxtaposed against the gritty underbelly of the metropolis.

If there is one glaring criticism to be had, it is the unmistakable instances of sexism throughout the story. The way Block describes women, and the way his male characters talk about them, portray a caricature of masculinity that feels the opposite of authentic.

In one passage, the protagonist observes an overweight bus driver and opines about her figure: “[H]e had a hard time understanding how she could be so fat and cheerful at the same time — and how she managed to stuff herself into the driver’s seat. He shifted his mind to his future wife’s dynamite body.”

In another, Ken and his private eye, Mickey, stop to stare at a billboard across the street: “Hey Ken, look at that bitch’s big ass in that bikini. She’s fire. What a difference between a black woman and those scrawny Victoria’s Secret white girls.”

Later, Ken asks Mickey if he is still married, to which Mickey replies: “Free as a bird. … Got me an Asian. Gives the best massage in town, know what I mean?”

For some, language like this might easily be dismissed as “locker room talk” — excusable within the context of fiction because that’s just who the characters are. They’re tough guys from New York. Everyone talks like that. But it is more than just gratuitous objectification or racial stereotyping. The real problem here is that the underlying sexism does not exist solely in how the male characters observe women within the story (e.g., Ken talking about the bus driver’s weight or Mickey comparing posteriors). It also exists within how the author describes the women in the story. None of which is necessary toward the overall character development. In fact, none of it is necessary, at all.

The overweight female bus driver explicitly serves one purpose: she’s an object the author uses to make clear to the reader that — unlike this fat person Ken is describing — his wife is the opposite. She’s “dynamite.” In comparison, Ken’s fiancé with the “dynamite body” is the assistant district attorney (clearly, no comparison). And there’s Wendy: the “sexy-looking thirtyish blonde” with the “ample breasts bulging out of her strapless halter.” According to Ken, she developed a niche clientele after she “started dressing like a sex bomb.” The point is, whether intentional or not, in many instances, the author treats women like props that serve only one of two purposes: to be objectified or fantasized. It is difficult to imagine any woman reading this book and not being offended (and rightfully so).

Overall, Block’s novel is a testament to his experience in the profession of criminal law. The story itself offers insight for aspiring trial lawyers interested in a behind-the-scenes look. But the authenticity of Block’s writing is marred by how his characters perceive the world around them. The sexist undertones by no means take center stage in this story. But their inclusion is frankly hard to ignore.

The opinions expressed in reviews are those of the reviewers, and do not necessarily reflect the opinion of NACDL.