Blue: The LAPD and the Battle to Redeem American Policing 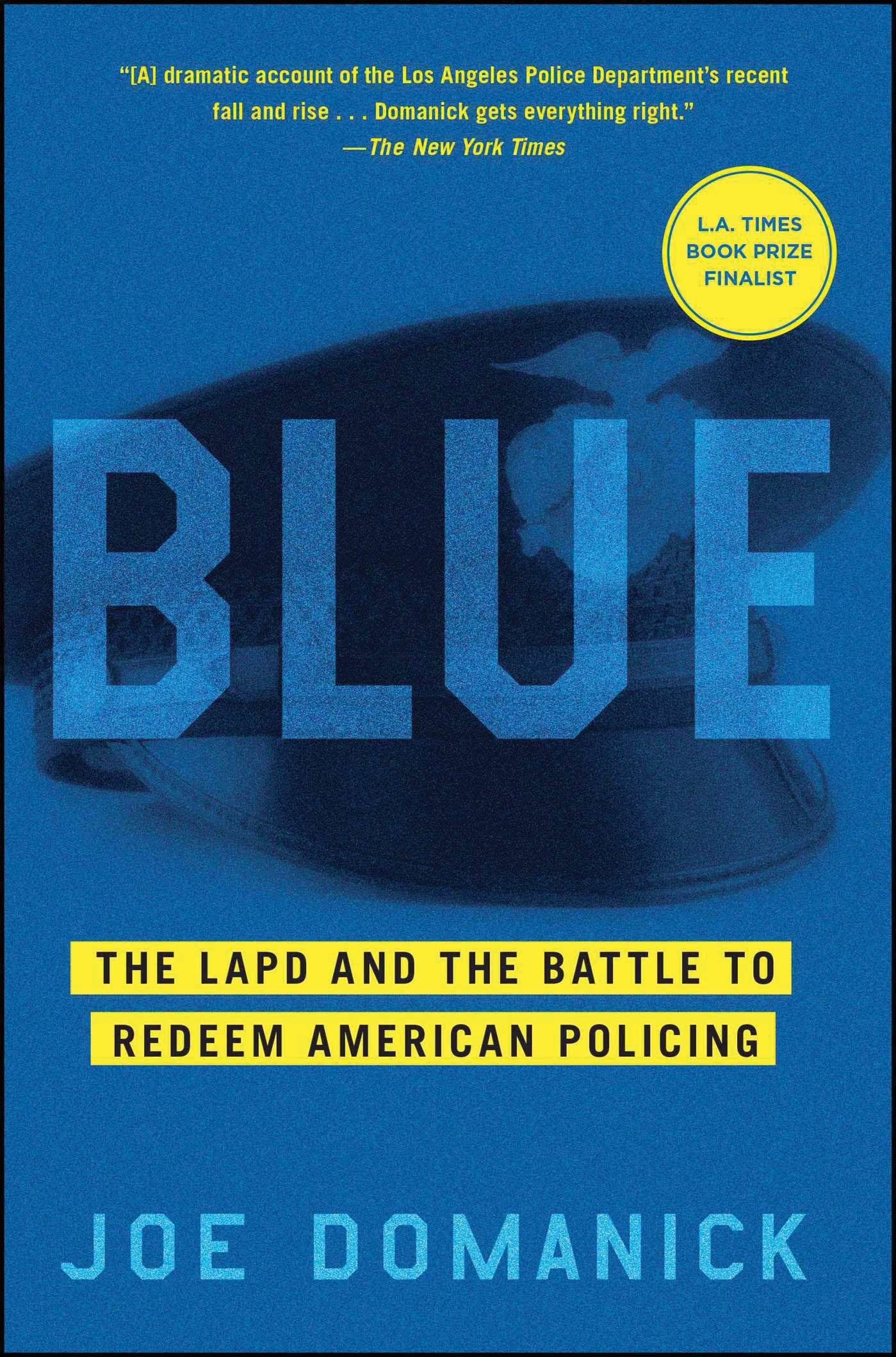 Blue is an excellent and readable account of efforts to reform Los Angeles policing after the Rodney King riots, which followed the state court acquittal in a cop-heavy white enclave of the four officers who beat King nearly to death. That beating differed from similar LAPD beatings in that it occurred under the watchful eye of George Holliday, who recorded it on his video camera from a balcony across the street. (The four officers were later convicted in federal court of violating King’s civil rights. All four spent time in prison, although far less than recommended by the then-mandatory sentencing guidelines.)

The 1992 acquittal and the riots they spurred were only the latest in a long series of affronts to the city’s African American community — the Watts riots of 1965 were equally notorious but led to increased militarization of the LAPD, which by the 1980s fought the war on drugs as if L.A. were Fallujah. The affronts continue to this day but the King riots, which were aroused by evidence that could not effectively be refuted by anything other than profound racial bias, caused locals to reassess the LAPD and to try to eliminate its long history of institutionalized racism.

The heroes of Joe Domanick’s story are William J. Bratton, currently head of the NYPD, and Charlie Beck, the career police officer who replaced Bratton in Los Angeles and who continues to head the department. The two men inherited a police agency infected by years of open racism and fear of otherness. The department’s legendary head William Parker (a terror to all who knew him) and his successor, Daryl Gates, famous for explaining that “blacks might be more likely to die from chokeholds because their arteries do not open as fast as they do in normal people,” tolerated and even fostered racism in the ranks, believing their job was to preserve the old, white Los Angeles after it had been changed by post-war immigration. But in between are countless others who fill both hero and villain roles: for example, long-term L.A. Mayor Tom Bradley was among the first to openly question Parker’s policing (after Watts in 1965, when he was merely a councilman). While Bradley identified the department’s problems long before the department itself did, he occupied much of his mayoral years in the 1980s running unsuccessfully for governor while the department continued to fail to meaningfully evolve with the community. Police departments, which in most communities represent tradition more than service, are uniquely resistant to change.

While Domanick admires Bratton and Beck, he acknowledges that police reform lacks absolute heroes around whom everyone can rally. While Bratton’s style of “broken windows” policing ameliorated racism in the department and reduced crime, it eventually achieved the opposite of its intended result by demeaning the thousands of youths who were stopped and frisked or harassed for minor crimes. To Beck, the greatest horror of the King riots was the absence of LAPD from the center of the violence when it sparked. Firefighters were too frightened to respond because there were no police willing to protect them: police initially hid from the riots. LAPD racism was so deeply ingrained by the early 1990s that the department had no plan to monitor the community after the King verdicts. With the riots underway a few miles to the southeast, Gates went to a fundraiser in Brentwood. By 1990, however, 87 percent of L.A. public school students were Latino or another minority. Bratton and Beck spent the next 20 years reforming the department to recognize this change although it had begun long earlier. To the extent anybody in the department recognized profound change in the identity of the community, they ignored it.

Blue succeeds as history whether a reader’s chief interest is modern police reform or Los Angeles history, and the narrative is gripping throughout. (Domanick, an investigative journalist, is an Associate Director at John Jay College’s Center on Media, Crime, and Justice. Blue is his second book about LAPD — the first, To Protect and Serve: The LAPD’s Century of War in the City of Dreams, covers LAPD history in the century proceeding the King riots.)

Domanick published in 2015, when reforms advocated by the Obama Justice Department were underway and public officials were more willing to criticize the police. But three years ago, with Donald Trump and Jeff Sessions as nightmares yet undreamt, Domanick understood that changes trumpeted by admirers of Bratton and Beck could be less substantial than claimed. In an epilogue, Domanick discusses the riots in Ferguson, Missouri, and the death of Eric Garner, who was killed by a long-forbidden chokehold administered by officers of Bratton’s NYPD.

Police killings continue: over 15 per year from 2000 to 2015 by LAPD alone. While cellphone, surveillance, and vest-cam video have multiplied the number of George Hollidays who record police conduct, police still kill, still regard the public as the enemy, and, under Sessions’ department, anticipate a revival of the military policing styles condemned by the Obama Justice Department. While Bratton and Beck made great progress in integrating the department and healing some of the old wounds, Beck’s LAPD faced its own scandal in 2014 when reporters discovered that the department had juked its prior-year statistics by deliberately misclassifying 1,200 violent felonies as misdemeanors. Bratton was forced to abandon “broken windows” policing when the courts declared that it violated the Fourth Amendment.

The problem, ultimately, is that police reform never probes deeply enough and the solutions identified by “progressives” like Bratton and Beck are never better than short-term. Domanick eventually mentions Michelle Alexander and The New Jim Crow, which documents how deeply racism is entrenched in American law enforcement and how it exists in policing and incarceration to this day. And he quotes former FBI Director James Comey’s startling February 2015 admission: “At many points in American history, law enforcement enforced the status quo that was often brutally unfair to disadvantaged groups.”

Until the police themselves, or those who pay them, explore the roots of the fears that cause officers to resort too quickly to violence, or the reverence they have for firepower and other instruments of aggression, meaningful and lasting change cannot occur. Bratton’s stop-and-frisk policies required officers to confront their public with aggression rather than compassion. Nobody welcomes aggression. Until the police themselves are willing to surrender their sense of apartness and to see themselves as members of a community, ready to earn the trust of the community rather than simply control it, reforms will address only short-term problems.

Timothy Zindel is an Assistant Federal Defender in Sacramento, California.