This month, I am pleased that our Public Affairs and Communications intern Katherine Holden is the guest author of Inside NACDL. Katherine began her internship with NACDL in June. — Norman L. Reimer

Every year, NACDL has the opportunity to have bright and interested students from all over the country serve as summer interns. They have a strong desire to learn about NACDL’s mission and are provided with many exceptional opportunities to learn about issues facing the criminal justice system, and how the Association, with their help, can pursue reform. NACDL also provides summer interns with the chance to attend events in the Washington, D.C., area, where they have an opportunity to see and partake in efforts being made by numerous types of people in order to reform the system. This year, under the leadership of NACDL Public Affairs and Communications Director Ivan Dominguez, Public Affairs and Communications Assistant Ezra Dunkle-Polier, Foundation Manager and Executive Assistant Daniel Weir, and Director of State Legislative Affairs and Special Projects Angelyn Frazer-Giles, NACDL is fortunate to host three talented interns. 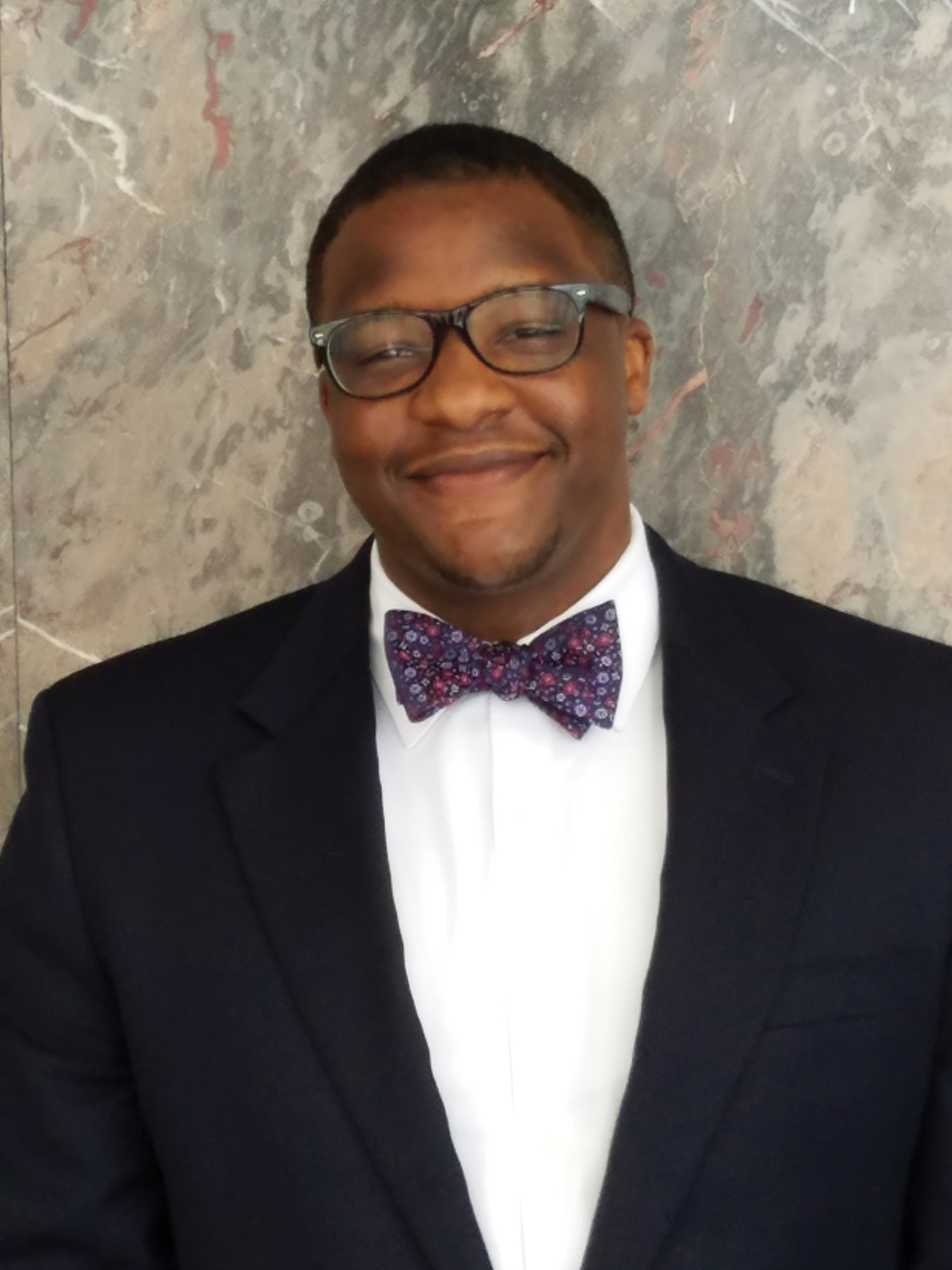 Christopher Conner is a Summer Fellow with the Neighborhood Defender Service of Harlem (NDS). He attended Tennessee State University and earned a degree in agriculture business. Christopher then went on to work as a graduate assistant for the Tennessee State basketball team. In order to do this, he earned a master’s degree in Business Administration with a concentration in Supply Chain Management. This eventually led him to law school at the University of Tennessee School of Law, where he just completed his first year. When Christopher was growing up, he attended a predominately white high school, and was a member of a church and summer league basketball team that was predominately black. He saw friends from both demographics commit crimes and noticed the unfairness of the justice system when the punishments for similar crimes were far worse for his black friends. These disparities sparked his interest in criminal defense, and a friend recommended he look into NDS, his first professional experience in the field. Christopher spends his time around Harlem attending court proceedings, talking to clients, visiting jails, and learning about his colleagues’ experiences. After law school, Christopher hopes to become a public defender in order to help indigent and minority communities. 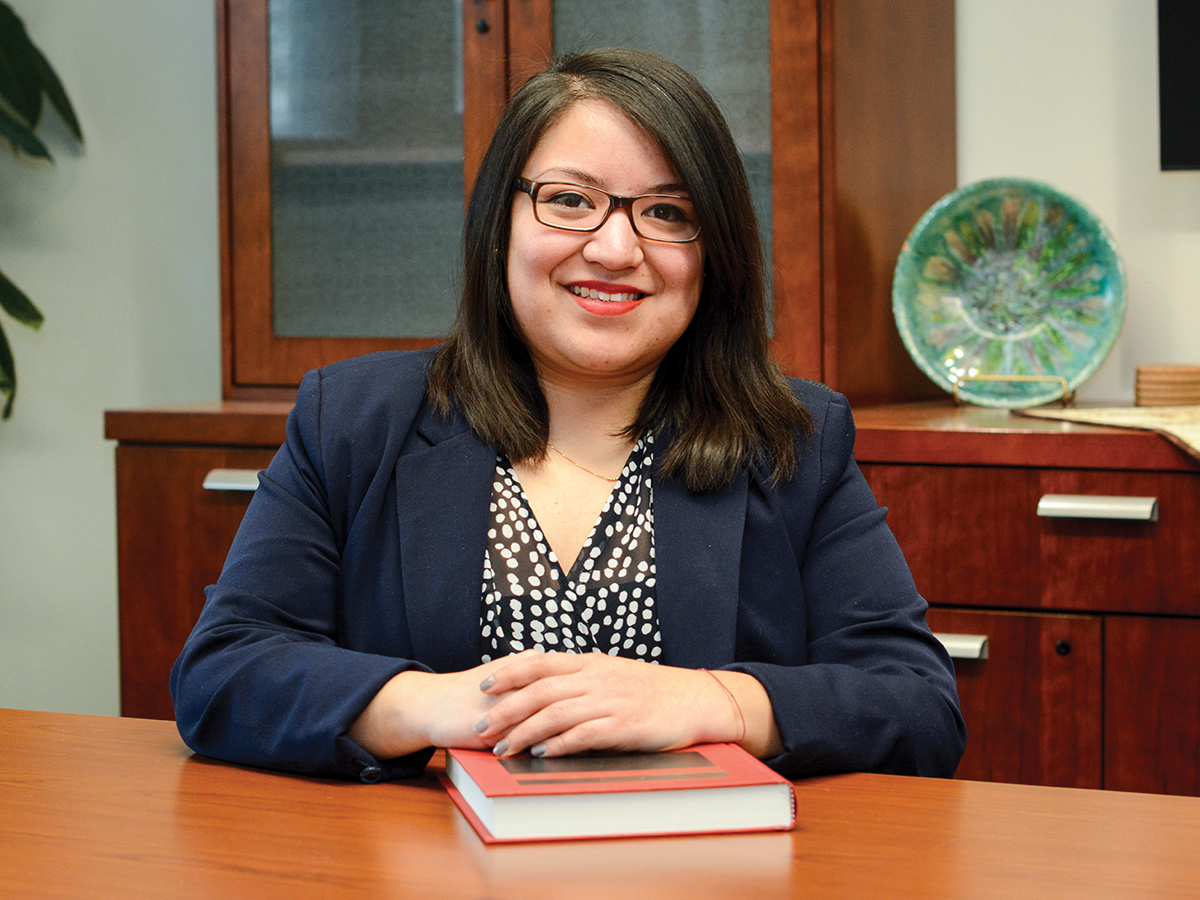 Cynthia Estebes is a Summer Fellow  in San Francisco. Since starting, she has had the opportunity to be mentored by NACDL member Gail Shifman, interact with clients, research and analyze case law, learn about discovery reform, and attend both federal and state court appearances. Cynthia just completed her second year at the University of North Dakota School of Law. Her goal upon completing law school is to become a criminal defense attorney. Growing up as a minority, Cynthia saw the disadvantages suffered by people like her and recognized that circumstances beyond an individual’s control, such as the neighborhood a person was born into, can play into one’s chances of ending up in the criminal justice system. This drove her to criminal defense because she wants to help reform the criminal justice system to provide fair trials for minorities who have been treated unjustly. Although she has always considered the legal profession as a career choice, she solidified her interest after working for AmeriCorps VISTA for Latinos in Action, in its Early Intervention Services field. While there, she helped promote education and strengthen relationships among low to moderate at-risk youth in order to create a strong support system, which helps them deal with everyday pressures. Cynthia also gained valuable experience when she worked for Aleshire & Wynder LLP, which provides legal representation to local communities in California. Cynthia attended the University of Southern California, where she double majored in philosophy, politics & law and political science.

Quandalasha Fambro is a Summer Fellow in Washington, D.C., at the law firm Harden & Pinckney PLLC. She is going into her third year at The Pennsylvania State University Dickinson School of Law. Quandalasha is a first generation law student and college student, and has always been interested in public defense because of her upbringing in an urban area. Growing up in the Bronx, she witnessed many instances of racial bias and criminal injustices, including the false arrest of her older brother and the harassment she experienced by police because of her race. This summer, Quandalasha is helping with court-appointed cases, which includes preparing cross-examinations, reaching out to investigators, and drafting discovery requests. Last summer, she worked for The Bronx Defenders Office in its Adolescent Defense Practice. Her work there included writing pre-plea investigation memoranda to district attorneys, drafting pre-trial bills and requests for discovery, and interviewing clients and witnesses to prepare them for trial testimony. Quandalasha attended Lincoln University in Pennsylvania, where she earned her bachelor’s degree in Political Science and History. After she completes law school, Quandalasha plans to become a public defender and work with minorities in urban areas.

Tatum Brooks recently graduated from The George Washington University with a degree in international affairs and a minor in criminal justice. Originally from California, Tatum chose GW because it has one of the best international affairs programs in the country. Tatum is working with Foundation Manager and Executive Assistant Daniel Weir to plan the Foundation for Criminal Justice gala, which includes handling logistics such as sponsorships, seating arrangements, and tickets. Last summer, Tatum interned for the American Liver Foundation, where she coordinated fundraising events and learned the basics of running a non-profit organization. After taking a course in criminal law, Tatum became interested in work within the criminal justice realm. She will be with NACDL through the fall, and then plans to attend law school, where she will focus on criminal law.

Katherine Holden* just completed her first year at the University of Connecticut and is majoring in political science. Throughout the summer, Katherine has been working with Ivan Dominguez and Ezra Dunkle-Polier in NACDL’s Public Affairs and Communications Department. Katherine helps manage social media outreach and website updates, and she helps compile the Daily Criminal Justice Briefing. Katherine became interested in criminal justice reform through her father, who is a criminal justice reform advocate, and she is specifically interested in the operation of America’s legal system and legislation related to criminal law. This internship is Katherine’s first experience in Washington and it has provided her with many learning opportunities, such as attending discussions with White House staff on criminal justice reform, lunches with professionals around the country working on overcriminalization, and meetings with various public defenders. Katherine hopes to return to Washington next summer to gain more valuable work experience. 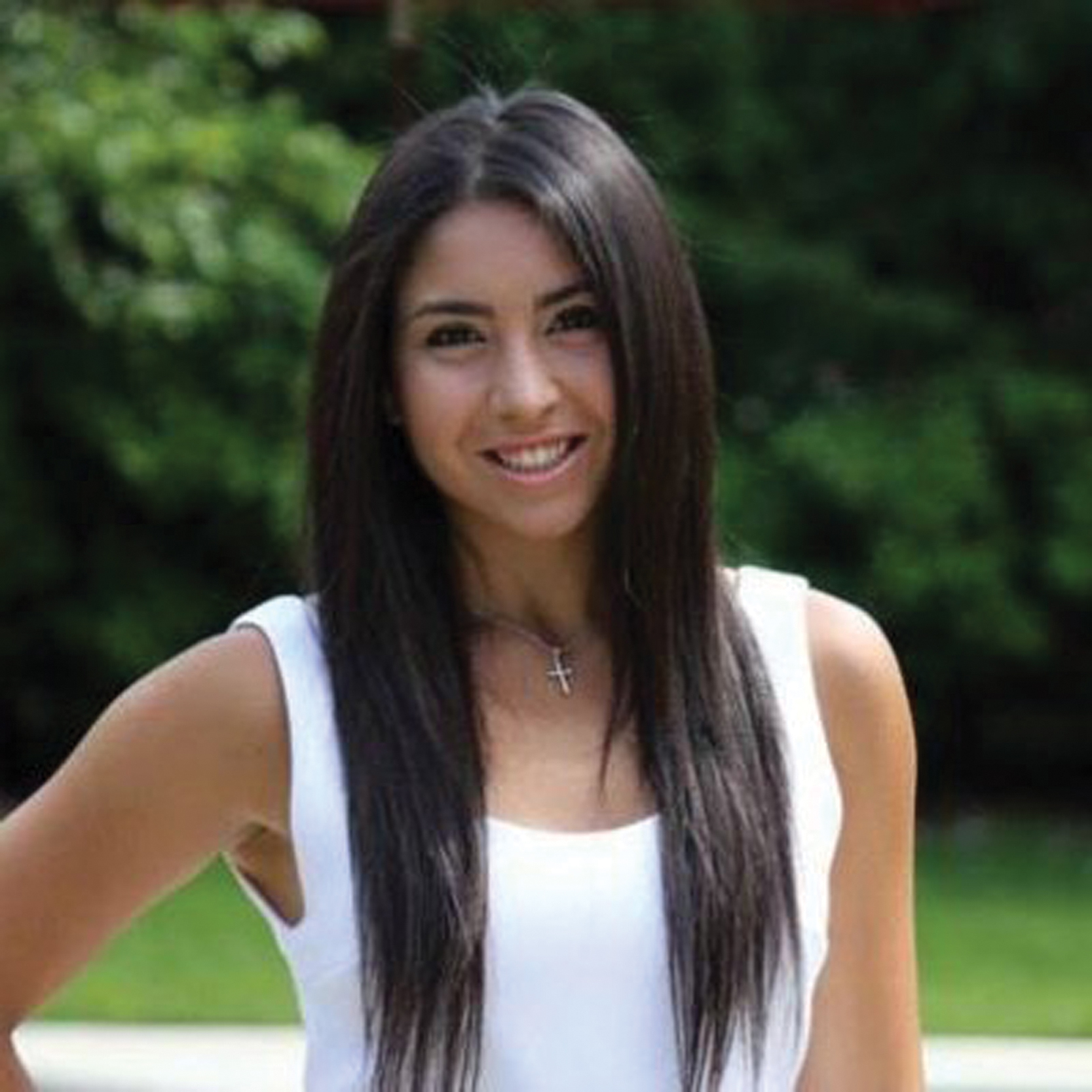 Siran Nalbandian is a rising senior at The George Washington University majoring in criminal justice and minoring in psychology. Siran first became interested in criminal justice reform and the policy side of the work after being introduced to it by her criminal law professor. Siran was a legislative intern on Capitol Hill for Senator Cory Booker (D-NJ) during the spring semester of her junior year. Her work consisted of researching issues for legislative assistants, drafting statements for the Congressional Record, attending congressional briefings, and assisting with press projects. She plans to attend law school after graduation, and wants to focus on policy work, but is open to other fields that would help to change the criminal justice system. This summer, Siran  worked with Director of State Legislative Affairs and Special Projects Angelyn Frazer-Giles to plan NACDL’s 15th annual State Criminal Justice Network Conference, which was held in Palm Beach, Fla., in August.